You are here: Home / Featured Post / Time to Do Something! 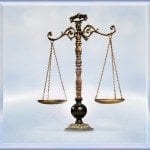 Disclaimers often begin “Due to circumstances beyond our control …” A lot of what happens in our lives does seem to be beyond our personal control. In such a case, people behave in different ways. Some complain or protest; others evade or surrender. These are re-active responses. Usually there is something you can do to be pro-active. If it does not change the situation, at least it will change YOU! Maybe it’s not easy, not something you already know how to do. You’ll need to stretch and take a risk. That’s how you grow, create, solve problems. If enough of us make that effort instead of accepting conditions as they are, circumstances will shift and come more under our control.

This week, Mars is in the spotlight or should we say the hot seat? It’s not just the planet of anger and aggression, the fight or flight instinct. It’s also the planet of assertion, self-determination and ACTION. From 11/12/15 to 1/03/16, Mars is traveling through Libra, the sign opposite its power in Aries, the sign it rules. Competitive urges ebb while cooperation is enhanced. This is a period for teamwork and collaboration, as well as peace and diplomacy. We could see some ripples in the coming week, though.

Despite Libra being an indecisive sign generally (due to weighing options), Mars is pushing buttons now and forcing decisions. This is because on Dec. 6, Mars makes an abrasive connection to Pluto (90 degrees away) and on Dec. 10, it hits a peak of stress across from Uranus. Thus all week Mars makes a T-square pattern with Uranus and Pluto, which are traveling for years roughly 90 degrees apart. They are putting us through an extended process aimed at major change and transformation, altering the status quo and the balance of power. This applies to individual lives as well as the collective. The going is usually slow but at certain points, quicker planets interact with Uranus and Pluto and hasten the pace, like Mars is doing now. T-square configurations bring situations to a head so that we’ll go around a corner and head in a different direction. It really is time to do something!

On a global level, the climate conference in Paris is attempting to steer our planet back from the brink of disaster. Pluto is associated with shared resources, which water and air are, on a most basic level. If those are ruined, we’re all screwed. Pluto is also related to finances and economics, which figure into every situation. Uranus represents the masses and humanitarianism. In addition, Uranus is affiliated with electricity and power generation. Changing how we produce the power the world needs is one of the main ways the Uranus-Pluto square can foster a better world. And maybe it can be in a more balanced way of sharing the world’s resources among all people. That would be revolutionary!

Mars is in another pattern now, too, a friendlier one called a Quintile Triangle. It’s composed of planets a fifth or two-fifths apart in the sky (called quintiles and biquintiles), which represent luck and talent. The other players are Mercury, the planet of communication, and Neptune, the planet of imagination. Mars and Neptune were biquintile on 12/04. Quick Mercury links to both 12/06 to 12/07. This triangle helps us talk about our dreams and cooperate to set them in motion. The powers of prayer and positive visualization are heightened, as well.

In your individual life, maybe you face a situation where you need to engineer a shift. Mars wants to help you with that this week, and you don’t have to do it alone. The Libra influence offers assistance to you. Check around to see with whom you can share the load or help one another.

The world is in turmoil and life is unpredictable. It could get worse before it gets better. To go on with fortitude, we need to have faith that it will improve. And we need to take action. What can you do this week to improve the world or your world? Be brave and believe. Mars is at your side.