You are here: Home / JANET BOOTH

Hi, I’m Janet Booth and I was (literally) born to be an astrologer. But more on that later … 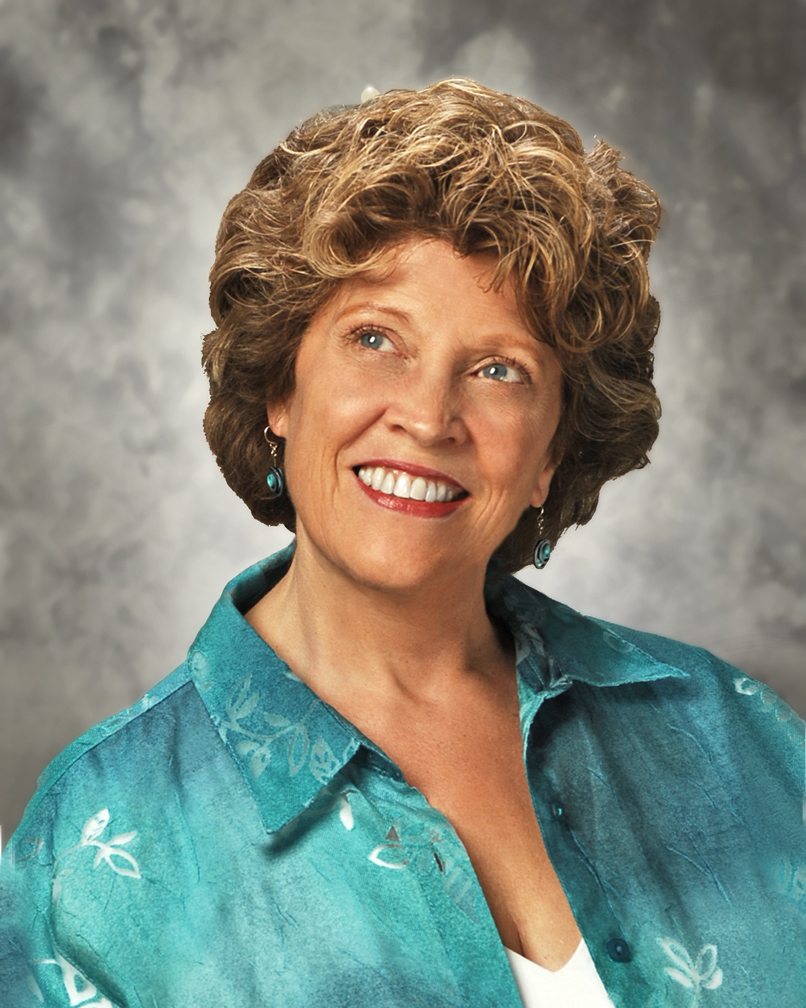 First, allow me to share with you what astrology and my unique understanding of it can do for you. It doesn’t matter who you are, where you live, how confused or utterly “stuck” you may feel. I am here to help you uncover your best qualities and the best times to activate your goals and pursue your dreams.

My mission is to help you be true to yourself and reach your highest potential.

For over 35 years, thousands of people have come to me for accurate insights, practical advice and big “aha” moments to help them move confidently in the direction of their dreams. I pride myself in not only guiding people in what to do, but also when to do it. Knowing where you want to go is one thing. Choosing the path of least resistance is another. And I’m here to help you with both. Better than a computer-generated report, I work one-on-one with my clients to deliver the most customized, personal and memorable experience.

But don’t just do it blindly. Do it in an informed and calculated way. In other words, do it with the stars.

“The stars in the heavens sing a music if only we had ears to hear.” – Pythagoras (Greek Mathematician)

Dear Janet – Thanks again for a wonderful reading – you have no idea how incredibly helpful it was, and how much it assisted me in charting a course on this ship of life. I feel it was just exactly what I needed to hear, and gave me both renewed confidence and motivation – especially in the direction I most wanted to go in were it not for those pesky waves of self-doubt. I told my husband that it was the best astrological reading I’d ever had, and I’ve had readings with several excellent astrologers. You have a rare gift for synthesizing details into a coherent whole, combined with sensitivity, intuition, and perceptiveness.”  – Karen Alvarado, El Paso, TX

I’m Not Your Average Astrologer

This may sound strange but recycling centers, funerals and investment seminars are where you may find love next.” – Janet Booth

My clients first come to me for accurate insights, but they stay with me – often for years – because of my real-world guidance and brutally honest advice.

Many astrologers offer great observations but no real-life suggestions. I have recommended career paths, travel destinations and “happy hunting grounds” to people looking for love again. My goal is to give my clients the most specific and useful advice to optimize their opportunities and maximize their success.

There are a lot of astrologers out there. Many of them are very good. But they’re not necessarily going to say to you, “Go to a few funerals. And look good when you do.”

Did you know Walt Disney timed his movie premiers according to the stars and 20th Century Fox Studios released Star Wars on a day recommended by the company’s astrologer? Ronald Reagan, George Washington, Benjamin Franklin, Thomas Jefferson (the list goes on …) all timed their decisions according to favorable astrological conditions.

Electional Astrology, or as I like to call it Time Selection, is a powerful tool that I can help you use for your personal and business advantage.

I have recommended optimal dates for flights, weddings, home purchases and sales and even cosmetic procedures. No decision is too large or too small to be swayed by the winds of one’s chart.

Here is a story I love:

One of my clients had so little bruising and such a quick healing time after her liposuction procedure that her doctor exclaimed with amazement, “You healed up faster and look better than any of my other patients who have undergone this procedure!” He was quite surprised when she replied, “That’s because I did it on the day my astrologer told me to.”

I’m not here to scare people. I’m here to empower them.

I sometimes see clients who are hesitant about hearing anything “bad” that is in their chart. They wonder, “How can I fix or cure something that is written in the stars?”

I believe that your chart is a map, not a mandate. We all have the power to transform negative energy into a positive force and correct many of the pitfalls into which might have fallen had we not been aware.

For instance, if you are accident-prone, you may not be able to change the planetary alignment in your chart. However –with proper knowledge and practical guidance – you can use the same challenging planetary energy to create a wonderful outcome in your life.

We can all use energy in different ways and we always have the choice to do so.

AA Founder, Bill Wilson, turned his negative Neptune situation into a positive organization that now helps millions. No matter what challenges you face, you can change the charge of the energy in your life, too.

A little bit more about me 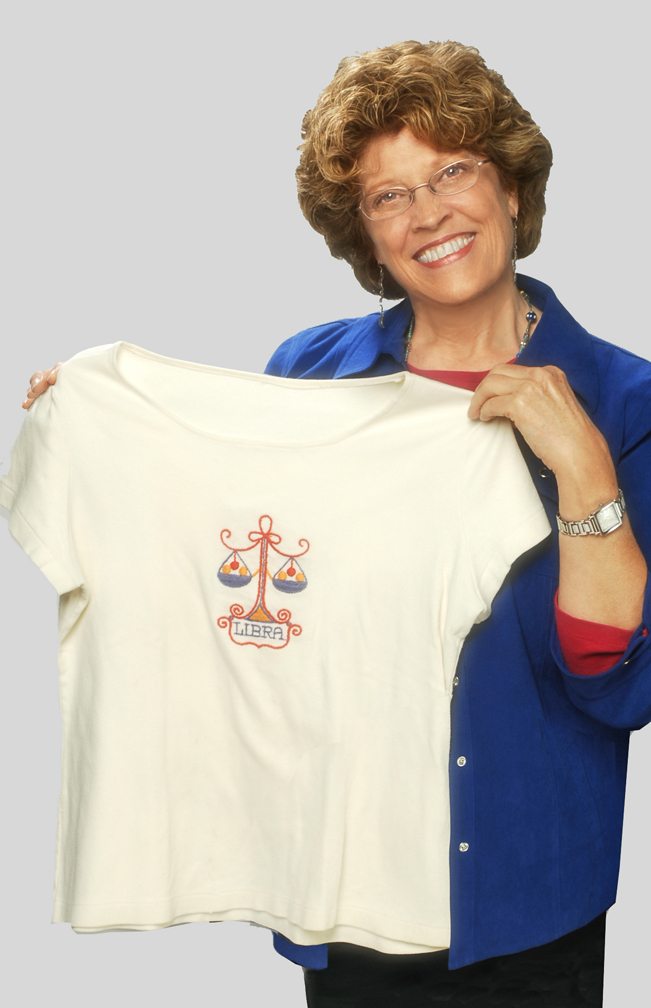 I’m an astrologer, author, public speaker and lover of the sky. I’m fascinated by the weather and astounded by the beauty of nature and art. I love pizza, good wine and (of course) Mark Twain. I’m in my happy place when I’m serving my clients and laughing – often at the same time.

My first encounter with astrology was at the age of 15 when I purchased a Libra T-shirt. I didn’t know exactly what the astrological sign meant, but since it was at a time when women were burning their bras, I figured Libra might mean being “liberated” from one’s bra. Since I am a Libra, I did just that.

Some things you never throw out. That is why my beloved Libra T-shirt still hangs on my closet door today. Looking back, the T-shirt was a kind of foreshadowing, as 8 years later I would start formally studying astrology.

After college, I started dating a guy who was a magician – a real tricks-on-stage, rabbit-out-of-the-hat type magician. He was into white magic and metaphysics. That summer he suggested we take an evening class on astrology. I didn’t have a car at the time so I agreed under the condition that he would drive me there and back.

A lot happened that summer. I got my first car. Good thing because we broke up and he dropped out of the class. And, of course, I got hooked on astrology.

I wasn’t ready to pursue astrology full-time but I immediately started applying it to my life. I began using it to understand people better, but (like many young people) I wasn’t making better decisions quite yet.

One good decision I did make was to back off from pursuing my next love interest, “the musician.” To my dismay, another woman had entered the scene. So, I did what any other good astrology student would do. I studied my chart, his chart and her chart. I ended it right there. But, I didn’t fail to advise the other woman that she and the musician made a great match.

Fast forward to 1988. The musician was performing at an astrology conference in Atlanta and of course we bumped into each other. He happily told me he ended up marrying that lady and they’ve been together ever since. And she remembered me with gratitude.

In 1976, I started my career as a secretary, as I wasn’t about to quit my career path and try to make a living in astrology. I was going to “earn my way” in life – or so I thought. On the side, I continued to study astrology, do readings and attend any conferences I could. Every “aha” moment I had only intensified my love of astrology.

One fated day over two decades later, my boss really ticked me off and I thought to myself, “I’m not meant to be a secretary. I’m meant to be doing something bigger in my life than this.”

I quit my job right then and there. That day, I decided I was going to turn my passion into a full-time career. I was going to be a professional astrologer.

Weeks later, I looked at my chart only to realize with amazement that the planet of astrology had made a significant shift in my career house exactly when I had made my move. The propensity to be an astrologer was there and the timing was all marked – just as it should be in astrology. My chart was asking me to step up to the plate and I did.

When I started out as an astrologer full-time, I had one concern. By turning my passion into my full-time job, would I still love it as much or would it turn into drudgery and work?

After four decades, I’m happy to report that I am just as excited and fascinated by astrology as I was when I first I discovered it. Every day I’m privileged to see something that is a marvelous confirmation that astrology is both powerful and real. I am forever grateful to be able to help my clients realize their true selves and pursue the dreams they were meant to fulfill.

1999-2001:
President of the Astrological Society of Connecticut

2000 to Present:
Producer and host of the astrological show “Looking Up” on West Hartford Community Television

2000 – Present:
Lectures to conferences and groups, in person and online