You are here: Home / Featured Post / A Season to Get Down to Work! 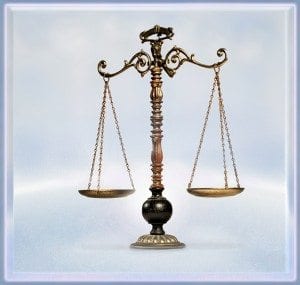 Wave goodbye to summer! Autumn begins when the Sun enters Libra at the equinox Sept. 23 [1:21 am (P), 4:21 am (E)]. The chart of the new season promises a blend of work and play. With Venus still in Leo (following a retrograde there), our “inner child” wants summer fun to continue. Mars in the last inches of Leo concurs. We can carry their creative impulse into the fall and apply it to all our endeavors. Soon they will enter work-oriented Virgo and pass Jupiter there, putting us much more in the mood to accomplish the tasks at hand. In fact, we may just love our work, especially around 11/2 when Venus and Mars hook up. Mars will be in Virgo from 9/24 to 11/12, joining Jupiter 10/17. Venus re-enters Virgo 10/8, where it was before 7/18 – 7/31. It overtakes Jupiter 10/25, and departs for Libra 11/8. Once in Libra, we’re more concerned with relationships than our jobs. From 10/21 to 11/13, Venus and Mars are with five degrees of each other. This “hot combination” encourages us to act from a place of love and go after our heart’s desires. Because Mars and Venus are in Virgo, that will apply mostly to our work more than to romance. Mars is a symbol for new and Venus for money, so many people will seek new sources of income.

A pairing of Venus and Jupiter is supposed to be favorable for finances, at least according to what they symbolize: value and growth, respectively. However, when they were together twice recently, on 7/1 and 8/4 (both times in Leo, the sign of speculation), the stock market dropped around the time of their meetings, first just a little dip and then a plunge. We’ll have to see what happens around their third team-up 10/25. They will be in Virgo then so their expression may have more to do with the work force or health costs than the stock market.

The equinox Moon in Capricorn marks a period to get serious about career matters. It’s close to the dwarf planet Ceres (associated with nurturance), urging us to align with supportive people. Possibly they’ll be “up the ladder” from us since Capricorn points to hierarchical structure. The lunar phase is the First Quarter, a gear-shifting time to make adjustments. The natural career planet, Saturn (ruling planet of Capricorn) is in a very harmonious relationship with the Sun. This increases cooperation with supervisors.

Saturn has just entered the sign of higher education, Sagittarius, where it will remain for more than two years. This is an excellent time frame for on-the-job training, company-paid certification or any type of higher education to further one’s career. Jupiter, ruling planet of Sagittarius and likewise associated with higher education, is in employment-related Virgo from 8/11/15 to 9/9/16, reiterating that this is a favorable time for career-related education. (The expansion Jupiter offers is of benefit to Virgos in general during this time.)

Within one degree of the Sun is the North Node. This is the intersection of two important orbits: Earth around the Sun and the Moon around Earth. This spot points to where eclipse new and full moons occur due to the close alignment of these three bodies. Indeed, we are between a New Moon (Solar) Eclipse, which took place on 9/12 – 9/13 and a Full Moon (Lunar) Eclipse coming up on 9/27, less than five days after the equinox. The Node acts like a directional indicator to show us which way to head. This coming Full Moon will bring awareness of the path we’re on and if we need to modify our sights. The time between eclipses is said to be most intense. We might also think of it as being highly “charged” electromagnetically, upping the voltage in our lives. Big things happen in such a period, like the Pope’s visit to Cuba and the U.S.A. Is something big happening in your life? If your chart has anything important in Virgo, Libra or Aries (the signs emphasized by these eclipses), you’re due for a substantial change.

The North Node is part of an axis with its companion South Node exactly across from it. The North Node tells us what to approach, even if it’s difficult to do so. The South Node shows us what to release, and that process is easier as long as we don’t get trapped in a comfort zone. They travel backwards through the zodiac spending about a year and a half in a sign-pair. They leave Libra and Aries and switch to Virgo and Pisces on 10/9, adding to our emphasis on work, but not just our everyday jobs but also our spiritual work.

If you follow astrology much, you‘re aware we’re in a Mercury Retrograde period. Every three months or so, this quick planet does an optical illusion where it appears to retrace its steps in the zodiac for three weeks. This usually wreaks havoc in Mercury’s main arenas: communication, ground transportation and commerce. Allow extra time to get where you’re going and know the directions. Proofread what you write before sharing it. Expect to have some problems reaching people. This is a time to avoid signing contracts and if you can’t avoid this, at least read the fine print and ask questions so you know what you’re signing. Making major decisions is also a No-No and would be tough anyway since Mercury is in Libra, the most indecisive sign. We weigh and balance until we’re sure all sides of a question have received equal consideration.

Libra is the primary sign of relationships, whether a significant other, business partner, teammate or even an adversary. These types of relationships may seem to take a step backward during the retrograde period 9/17 – 10/9, and possibly not make progress again until after 10/24, when Mercury exits the degree range where it backed up. (It zigzags between zero and sixteen degrees of Libra). If your birthday is during the retrograde, the whole next year could be one of back-and-forth in relationships because whatever occurs at one’s birthday reverberates until the next birthday. Speaking of birth, if you were born with Mercury in reverse, its retrograde periods can be a time of forward motion for you. You can read more about Mercury Retrograde in this article. There are positive things you can accomplish during Mercury Retrograde, such as catching up on unfinished business and filing. In Libra, it’s appropriate to reconnect with people.

Whatever you do with the planets’ energies, here’s wishing you a fabulous fall!

Yours in the Stars, Janet Booth